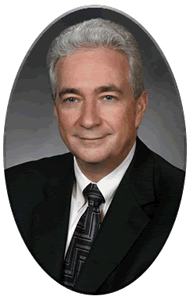 With more than 30 years of administrative and financial management experience in the nonprofit industry, Mr. Renfrow founded Charity Works, Inc. in 1996 to foster innovative philanthropy. His healthcare experience includes positions with Shriners Hospitals for Children and All Children’s Hospital. Mr. Renfrow’s responsibilities as president and CEO of Charity Works, Inc. include the following:

Rusty McClelland currently serves as General Manager of OUTFRONT Media, Inc. in the Tampa Bay market. A veteran of the out-of-home advertising industry, Mr. McClelland began his advertising career nearly 29 years ago as an account executive and now manages one of the largest Outdoor plants in North America for OUTFRONT Media.

Born in Lakeland and raised in Winter Park, Rusty is a fifth generation Floridian who excelled in soccer and golf while at Trinity Prep. He is a graduate of the University of Florida where he was a member of Pi Kappa Alpha (PKA) fraternity.

Elaine Wahl has been with Belleair Country Club for over 18 years serving as their Chief Financial Officer. Belleair Country Club is a 501c(7) Corporation in Belleair, Florida. Elaine oversees the Accounting Department and Administrative staff at the Club. Prior to Belleair Country Club, Mrs. Wahl was an Auditor for 5 years with the regional Accounting firm of Cherry Bekaert & Holland CPA’s. Before that, she was an Internal Audit Senior with Goldome Savings & Loan. Mrs. Wahl is a Certified Public Accountant, certified in the State of Florida, for over 25 years. She is a member of the American Institute of Certified Public Accountants, the Florida Institute of Certified Public Accountants and Hospitality and Financial Technology Professionals. She earned her Bachelor of Science Degree in Accounting from Florida State University and her Masters Degree in Accounting from Florida Atlantic University in Boca Raton. Elaine Wahl is married to Rick Wahl who is the Golf Course Superintendent at St. Petersburg Country Club. Together, they have two children: a 5 yr. old girl named Sydney Katherine and a 7 yr. old boy named Justin Richard. Elaine also has a daughter named Taylor Chianco, 18 years old, who is studying Micro and Molecular Biology at the University of Central Florida. They reside in Palm Harbor.

Mike is a Florida native and holds a B.A. degree in Accounting from The University of South Florida. He also serves as a Board Member of Homeless Empowerment Program, a non-profit organization that provides homeless and low income families with housing, food, clothing, and support services. He is a member of the American Institute of CPAs (AICPA) and the Florida Institute of CPAs. Mike and his wife of 34 years, Gina, reside in New Port Richey. They enjoy spending time with their 3 grown children and their two grandchildren.


Jeanette (Jeanie) Renfrow First Vice President and Market Manager of Valley Bank in Clearwater, FL. She is a graduate of the University of South Florida and holds a Bachelors degree in Finance. In addition, she is a graduate of the American Bankers Association, Stonier Graduate School of Banking, Rutgers University and served as President of her class. She served as the 2006 Chairwoman of the Board for the Clearwater Regional Chamber of Commerce, 2007 President of the Belleair Country Club, and serves on the Board of the Our Lady of Divine Providence House of Prayer Foundation, Inc. and the Advisory Board of the Salvation Army. She has been honored as a "Woman of Distinction" by the Girl Scouts of West Central Florida and received the "Tribute to Women in Industry Award" from the YWCA. In addition she is an alumnus of Leadership Pinellas and Leadership Tampa Bay.

Dick Crippen is a popular former sports anchor in the Tampa Bay, Florida television market. Crippen began his career at ABC affiliate WLCY Channel 10 in 1965, being one of the station's first on-air personalities. He continued until 1981, when he left for rival WFLA-TV. He anchored the evening sportscasts until the late 1990s.

Crippen is Senior Advisor for the Tampa Bay Devil Rays baseball team. Previously he hosted an hour-long weekly sports show called Bay Sports with Dick Crippen on Catch 47 (Bright House Cable channel 47). Dick is also a popular speaker speaking on sports, motivation and broadcasting. He is a popular host of many local events.

Dick has been a staple of Tampa Bay Area broadcasting for better than four decades. For more than 35 years he has been sports director at both the NBC affiliate (19 years - WFLA-TV) and before that at the then ABC affiliate (16 years - WTSP-TV). He has also worked extensively in radio and was best known as part of the Q Morning Zoo on Q105 Radio.

Crippen's work has taken him around the country as he broadcast the Unlimited Hydroplane Circuit on ESPN for ten years. He has also done a drag boat series, the 12 hours of Sebring, and motorcycle racing.

He has been an integral member of the Super Bowl Task Force that landed three Super Bowls for Tampa Bay and has also been part of the birth of NFL Football, NASL Soccer, NHL Hockey and Major League Baseball in Tampa Bay. His job in sports took him to ten Super Bowls as well as Final Four’s; Sugar, Orange and Fiesta Bowls; years of Florida/Florida State match-ups and several World Series. He was named Florida Sportscaster of the Year four times in the 90’s by the National Sporstcasters and Sportswriters Association.

Dick has served on the President’s Council at Eckerd College, Hall of Fame for the Sports Club of Tampa and University of Tampa Athletic Hall of Fame. He currently serves on several board of directors including the St. Petersburg YMCA; PARC (Pinellas Association for Retarded Children); Pinellas Education Foundation; and the Salvation Army Advisory Board.

Ms. Devine is Vice-President of CMSA Advertising & Public Relations of Palm Harbor, a full-service ad agency which provides creative development, media strategy, internet marketing and public relations to companies throughout the Southeast. Ms. Devine oversees the brand management, creative operations and client services at the agency. Working in an agency provides her the platform to utilize her creative talents for her clients’ success. Her twenty years of marketing experience combines with her sincere passion for the business to consistently bring synergistic results.

Ms. Devine achieved a Bachelors Degree in Mass Communications & Advertising at the University of South Florida in Tampa.

Ms. Devine grew up in Dunedin with her parents and four older siblings. She is currently married and has two young children. Her passions include a lifelong love of ballet. Ms. Devine co-founded and acted as artistic director of the Florida Ballet School from 1996-2007, where she performed, taught and choreographed ballet.

Ann W. Duncan is an executive vice president and head of Savills Studley Occupier Services which provides a full range of integrated real estate services and can consistently deliver any type of assignment on a worldwide basis. As the head of Occupier Services, Ann oversees strategic solutions, tenant representation, technology services, project management, and lease administration for both private and public sector clients.

Ann joined Savills Studley with its acquisition of Vertical Integration, a Florida-based firm that she founded, which provided integrated, full-service real estate solutions domestically and internationally for corporate and government entities. Under Ann’s leadership, Vertical Integration was recognized as one of the 100 fastest growing businesses and among the top 50 women-led for-profit companies in Florida. Ann has been on three teams that were finalists for the CoreNet Global Innovator’s Award.

Ann holds a Finance degree from the University of South Florida, as well as a Black Belt in Six Sigma from Villanova University.

﻿
Board of Directors Advisory Board